Samsung has always tried to achieve new heights with its tab, and now it is ready for a new product in the market for its customer. There are Rumours that Samsung is unveiling next major version of  its Smartphone that comes up with a curved screen. Samsung will be unveiling this September at IFA. However, there’s no leaked information about Samsung galaxy note 4 yet. It will be the most powerful android device. 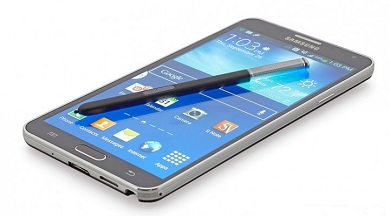 Samsung galaxy Note 4 will take the generation of smartphones to the next level. Samsung has revealed few specs that it will be true Octa-core processor on Exynos 64-bit. There are rumors of flexible display and 3D display. Galaxy Note 4 comes up with the 5.7 inch screen, 2160p display and 4GB RAM. Note 4 will come in the price range of $750 max. Previous versions have been released in September and it looks like the next galaxy note will also release in September. The main features of Samsung galaxy Note 4 are listed below:

1. It will be running on an Octa – core processor on Exynos 64 bits.

7. Camera features – It has a 16Megapixel rear camera along with Sony made camera sensor.

8. All new Wireless charging features – Now users can charge their phone wireless. Recently, An update shows that note 4 will have PLS LCD display and a new touch wiz and more scope For S-pen. There are many rumours that Samsung will launch one version of note 4 with dustproof and waterproof characteristics.Samsung Galaxy Note 4 might have android 5.4 lollipop.

Gesture Launcher- When the display is off, phablet can be activated by swiping fingers to make a defined gesture on screen.

Note 4 will come in the price range of 750$ max which is a pretty good run for the price tag. This year looks very promising for samsung. With the release of Note 4, Samsung will surely retain its position in the smartphone industry. According to rumors, Samsung galaxy Note 4 will be dust proof and water proof. It is going to be amazing with all new Iris scanner feature. Galaxy Note 4 will be the most powerful android phone this year.