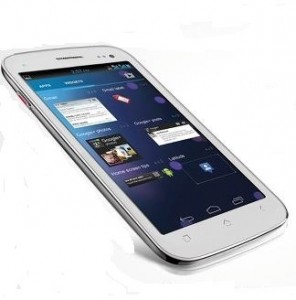 Micromax launched Canvas 2, the phone that can do, in January this year. The phone was a critical and commercial success. It really dented Samsung’s sales in the Indian market. Many customers switched sides to Micromax after Canvas 2 was launched. Canvas 2 used the fan base build by the original Canvas superfine to compete with other phones in the market. And now, Canvas HD competes with other phones (including Canvas 2 which is still not off the market and going very strong).

Micromax Canvas HD A116 was announced by Micromax at a conference in Delhi this month. Many people could not resist but compare that smartphone to its predecessor.

Canvas 2 gives you about 512 Mb of ram. That really disappointed some users who play a lot of games on their mobile phones. But Canvas 2 solves that problem by giving you 1 GB of ram.  So that means most of the game would work smoothly. 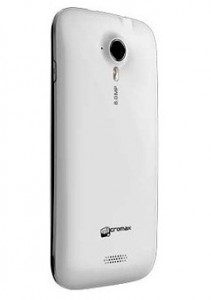 Canvas 2 has a 1 GHz Dual-Core Cortex A9 processor with a strong chipset. But Canvas HD beats it with a 1.2 GHz Quad-Core Cortex A7 processor, an even stronger chipset. That means more responsive touch screen, and more fluidity when moving from one home-screen to another.

This is where both the phones sadly fail. They both have got ultra-large screens and good processors. But they need battery power to get them going. Canvas 2 has a 2000 Li-Ion 2000 mAh battery with Canvas HD only a few units better. But a quad-core powered device really sucks a lot of energy. Micromax has to really answer this issue and fix this in their upcoming phones.

Canvas HD seems feature-rich. But, leaving the battery, there are a couple of things that may put off a potential-Micromax buyer. They are:-

1. Average Camera Quality. Canvas series doesn’t have good sensors for their cameras. But still the pictures taken in daylight are good but the sadly that’s where the good part ends. Nothing is expected to change when going from Canvas 2 to Canvas HD, except the fact that Canvas HD has a single LED flash only.

2. Service. Micromax has a limited number of service-centers across India. This is one of the areas where other companies trump Micromax. Many people have had incidents of their phones malfunctioning and not having a single Micromax service center with 15-20km range.

Conclusion
There is no denying that Micromax has hit the spot almost right with this smartphone. Some issues here and there do plague the phone but overall it’s a nice smartphone, with good looks and impressive performances. If you have a tight-budget, this phone is recommended. Looking at its price, this phone is currently the best in mid-20k segment.

Review: A really impressive device with some decent hardware and an extra-ordinary performance, given it has quad-core processor. Many people might migrate from HTC, Samsung etc.