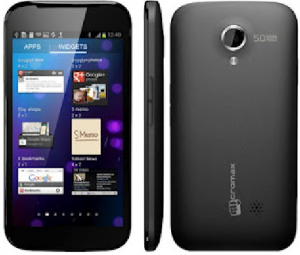 The much awaited sequel of Micromax Superfone Canvas A100, A110 Superfone Canvas 2 has been released recently and it has become an instant hit among the Android lovers. The most attractive feature of this phone is its dual core processor available at the same price as the previous one, thus giving the buyers enough reasons to invest on this mobile phone. Here is a detailed review of this product which will help you in taking the right choice.

The clean features of this phablet will definitely draw your attention and lure you to invest on it. It comes with minimalistic front design with only three capacitive buttons. They are the menu, home and back buttons. The front camera is present on the right side and a LED notification light is present on the left side of the phone. The emblem of the brand is present on the back side along with the 8 megapixel camera. However, there is a drawback as far as the back camera of the A110 is concerned. It is slightly protruding in nature and thus making it prone to scratches. On the left and right side of the phone the volume and switching on buttons are present, whereas the audio jack and USB port is present on the top panel. The back side of the phone has a textured finish, thereby making it easier to grip the phone. The silver brim that surrounds the touch from the four sides gives the phone an uber cool look.

The 5 inch long LCD display of the phone is not up to the mark. The resolution of the screen is quite low thereby giving the icons and photos appearing on it a blurred effect. This clearly showing where Micromax has compromised to provide the product at this throw away price. However, the IPS display of this phone ensures that the icons are bright and colors are saturated.

Though we expected that the dual core processor of the phone will provide the users with an unbeatable user experience, however we were quite disappointed to see the performance of the phone slowing down when we started downloading some applications on it. This became all the more evident when the 3D games and other such applications were downloaded on the phone.

However, you are going to enjoy browsing through this phone but there is no denying the fact that it takes a bit longer than the usual time for uploading time. The interface is similar to Android’s Ice Cream Sandwich processor and there are some customizations only in the navigation buttons.

This a dual sim phone that supports both 3G and 2G sims. The call quality of the phone is quite good and the network follows you once the phone is switched on. You are also going to find Bluetooth and Wifi connectivity on this phone along with USB support.

Author Bio : Abhilash Thakur, A tech buff with a passion for writing. Although loves to write on Android upgrades and devices run on Android, doesn’t miss relevant news on other industry players.