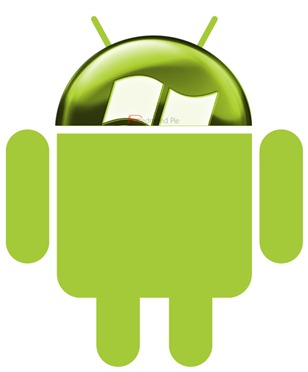 Windows phone is a late entrant to the smartphone market and is struggling to make inroads against the iPhone and Android devices. One way for Windows Phone to gain users is to steal Android users as this will be easier than poaching from Apple. This can be done by using various strategies, such as having a range of affordable products that are appealing to users.

Google has recently stated that they will not be directing resources towards developing apps that run on Windows Phone. They plan to concentrate their efforts on Apple iOS and Android. There is no presence of Google on Windows Phone in any meaningful way. They have one search app that is generic and is a mediocre product that has not been updated. This means that Microsoft has a vested interest to get more people to get on board with Windows Phone.

Microsoft would like to have apps from Google for their operating system because apps are important for users to choose one mobile device over another. The main reason that Google is not interested in the Windows Phone platform is because of small user percentage. They are interested in having apps on the iPhone as there is a large user base and a lack of specific services. Google has services that Apple is not currently offering. Their last attempt of replacing Google Maps completely backfired.

The products offered by Google are being pushed on on Android. However, users of services offered by Microsoft will benefit from having a Windows Phone device. Microsoft has a full range of services that are available and can easily be integrated with other products. This includes the Bing search engine and other services that compete with Google. The main problem for Microsoft is that their services included on Windows Phone are integrated to a point where Google sees little benefit.

Microsoft needs to take steps to increase users of Windows Phone 8. The first step was the introduction of the Windows App store earlier last year. The Windows App store is similar to app stores from Apple, Google, and Amazon. Apps can be found specifically for use on Windows Phone. If Microsoft has a set of apps that users want, then they will be able to steal users from the Android platform.

Manufacturing partners are also key to stealing users from Android. The biggest manufacturing partner for Microsoft in the UK is Nokia. Nokia is beginning to offer Windows Phone products at lower prices than competing Android phones. This offers users a choice of options based on product cost. A product that is affordable with a full feature set of apps is an attractive option for users.

Another way that Microsoft can steal users from Android is to compete with services. This is an option by integrating various services, such as email and Word documents with cloud storage. Integration is a selling point to users who are using their new Oulook.com email and SkyDrive cloud storage.

Users have many options for deices based on manufacturer and operating system. Windows Phone will need to show that is on par with Android devices to continue stealing users. If Google continues with the alienation of their user base by refusing to work with Windows Phone, then Microsoft can make the argument that users need to switch.