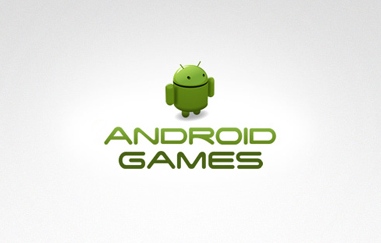 Although, various exciting, innovative as well as awesome games are there on Android, yet after a certain gap of time, all of them becomes too boring that no body feel like playing them any longer. However, that is certainly not the case with running games since their craze and charisma is certainly can’t be expressed in mere words. Are you looking for the best running games on Android which can bind your interest so much that you literally play throughout the day? If yes, then while going through the whole article, you will actually known the 5 best running games on Android which will totally transform your dull, depressed as well as monotonous life into exciting one. After all, entertainment is the only thing which we dearly look in our lives. Isn’t it?

One of the best running games on Android has to be Line Runner since thanks to exemplary graphics as well as enriching sound effects, you cannot ask for more in a game which is designed keeping in mind the entertainment level. The game offers its own set of challenges especially as you are required to jump and roll according to the formation of game which becomes trickier and challenging with every stage.

Who could deny the immense popularity which Temple Run has garnered? The kind of craze is certainly seen amongst the game lovers as they play. Their faces are totally focused on the game and they keep on playing it by even overlooking the things of daily necessities in the form of food and water. Temple Run 2 is an advanced version and it offers even greater reasons for you to jump with joy thanks to the electrifying sequence which the game offers. The main theme of Temple Run 2 revolves around an explorer who has to run for his life after stealing an ancient idol from old temple. Now, he has to be good in the actions by saving himself from the monkeys which are no less than demons. There is a mountain of obstructions which are waiting for the player to face as he has to be best in navigating through uneven areas by jumping as well as sliding. Most importantly, if the need arises, he has to equally run as fast as it possibly can in order to quickly land in a safe position. Therefore, you cannot afford to miss such an awesome game which has every thing to bind your interest to the core for sure.

“Height” in this game matters a lot, and as a player you have to climb higher and higher. The more you go to higher places, the greater scores you are going to fetch. In order to enhance the interest of people playing the game, there are series of hurdles which are added in the game in the form of villain ninjas along with foxes as well as birds which do their best to prevent mini ninja from going to higher altitude.

While looking for the 5 best running games on Android, it will be unwise not to consider such an action packed game which is equally known for its high speed. Your role in the game stands out to be quite important where you have to fight against all the tough situations in order to come out as a winner. How can you do that? You need to kill zombies which happen to come along your way.

Ever wanted to play the role of a hero who is out there to destroy and inflict maximum damage to villain? If yes, then the game is for you. You are playing the character of Agent Dash where you are out there for a secret mission to destroy the base of your opponents.

If you want to play 3DS games on your Android phone, you can try these 3DS Emulator for Android