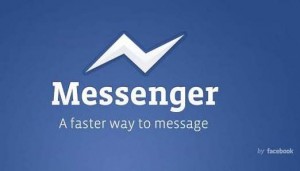 World’s most popular social networking site Facebook has announced a new update for its Messenger app for Android. With this update now android users can use online messaging service without having a Facebook account or an email address. Just you need to enter your name and mobile number to login.

The new Facebook Messenger for Android will be rolled out in several counties including India, Indonesia, Australia Venezuela and South Africa initially and will also be released in some other countries very soon. In India, Facebook has already partnered with all major carriers and device manufacturers for this new online messaging service.

“The goal is to make the new messenger experience better by expanding its reach and giving its users the ability to connect with all of their phone contacts,” Facebook said in a statement.

You can download the latest version of Facebook Messenger app from the Google Play Store for your Android smartphone. Facebook also started offering Rs 50 talk time to first-time users who signed up on Facebook via their mobile phones. Hope this update will help Facebook to get more users in India.