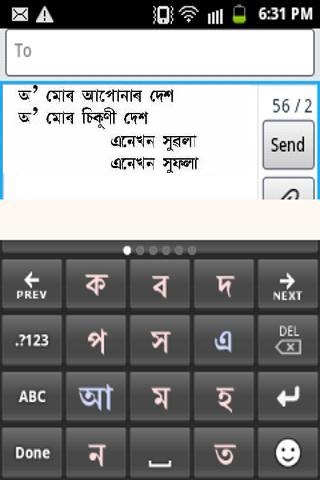 If you own an Android phone and would like to write Assamese on the phone, here is the tutorial for you. You just need an app called “Panini keypad” to be installed on your Android phone. The app comes with statistical predictive texting through which users can easily type any Indian language including Assamese on their phone.

How to Install Panini Keypad on Your Phone?

Just download Panini Keypad IME on your android phone for Assamese language from Google Play Store and install it on your phone. You can also download the app on your PC and later you can transfer it to the phone through Bluetooth or USB cable.

PaniniKeypad for Android for all languages are IMEs (Input Method Editors) not Applications. So, the installation process is little different from other apps you installed on your android smartphone.

How to Write Assamese On Your Android Phone?

1. After Downloading, install PaniniKeypad IME on your android phone.

3. Next back to text input area either email, Message or memo. Long press on that area to select Input method.

4. PaniniKeypad IME keypad will immediately appear on your phone screen.

5. Start typing Assamese and other Indian languages any where on phone. 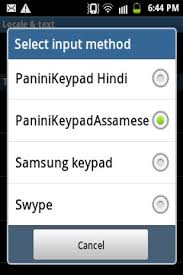 If for any reason, you can’t download PaniniKeypad IME from Google Play Store then no need to worry. You can directly download it from the official PaniniKeypad website.