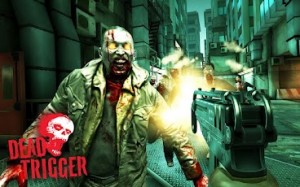 One of the most popular and hottest android game of this summer “Dead Trigger” is now free on Google Play Store and it happens just after a few weeks of its launch. The developers of the game explains in Facebook why the game started for $0.99  and now become free.

Those who were planning to buy this game are really lucky and can download Dead Trigger free from Play store.Those who’d paid for it just recently were little bit unlucky and also unhappy with the price reduction..Whether you’re paying $0.00 or $9.99, you will be able to finish Dead Trigger just as well as anyone else.

The main reason to make the game free is Piracy.They said in a statement even at $0.99, the piracy rate on Android devices was unbelievably high. “Anyway, DEAD TRIGGER is not FREEMIUM, it always was and still remains FREE-TO-PLAY, that means, all players are able to play it without IAP (in-app purchase)!” the statement concludes.

Google must do something on the matter.If it continues, developers will not invest their time and money on new Android apps. For Apple users the game  Dead Trigger cost same $0.99 as before and has no plans to make it free for them.