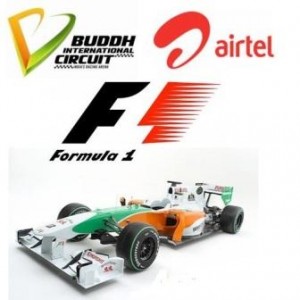 Airtel launched a new Formula One mobile application called Airtel India Grand Prix 2012 for for Android, iPhone and iPad users. The app will keep you updated with the latest happenings in global Formula One Grand Prix. It works almost similar to the official Formula One app.

Airtel India Grand Prix 2012 app comes with a lots of interesting features including a Countdown section that shows the number of days/hours left for the commencement of the racing events. The app also displays the complete schedule of the 2012 season. not only that, you can even purchase tickets for the Grand Prix Event with this app.

Latest News: All the latest happenings related to Formula One

Schedule: Complete schedule of the 2012 season.

Top Ranks: Shows the top 3 drivers as per the latest season ranking

Quiz: Daily 5 questions for the user to answer. Just select the correct answer from the multiple options available

Airtel Buzz: General info on all the activities that are happening around the 2012 Airtel Indian Grand Prix

About BIC: All information about the Buddh International Circuit along with a link leading the user to the bookmyshow page to buy tickets.

Bharti Airtel is the title sponsor of the forthcoming 2012 Formula One Airtel Indian Grand Prix. If you are a Formula One lover, this is a must have app for you. The all new app is available for free download on Google Play Store and iTunes App Store.